Bruce is one of the nicest people he knows.

He is a fifty-two year old father of seven children, all of whom provide him with endless amusement and frustration, frequently at the same time.

Bruce’s career, and if we used the term any more loosely an e might fall out, has included a lazy gardener, an overworked personal lender, a cheery console operator, a lollipop man (not as big a bludge as you might think but great if you’re into sunburn, abuse and varicose veins), a lackluster cleaner of banks and pubs and, for a very brief period, a reluctant door to door salesman (cured when one door was answered by a very scary woman with tremendously hairy legs).

Bruce recently retired from the BOQ in Gympie where he worked as an award winning customer service officer (glass statuette available upon request). He likes to believe he excelled at his job, but then he has always been prone to exaggeration.

These days Bruce is a full time Stay At Home Dad and part time blogger, and as such can often be found avoiding housework while on Facebook and using the excuse, “I’m working here.”

Bruce has little to no idea of how things work and attempts to fix anything which breaks with pegs, bluetac and tape. He would love to fix things by banging them with a hammer, but Tracey took it off him several years ago and hid it.  Enjoys cooking and reading and not cleaning toilets. Favourite game with the kids is Hide & Seek (mainly Hide). Has a real knack for being where the big jobs aren’t.

His favourite flower is self-raising.

Ten years Bruce’s junior, Tracey tops him in terms of maturity, common sense and childbirthing abilities, although he’s streets ahead in both height and weight. Tracey loves being pregnant and breastfeeding, and is one of those rare women who thinks it’s fun when the kids are on holidays and she can spend all day with them.  She loves taking photos and recently turned her camera to taking photos of other people, which elicited a collective sigh of relief from our kids. She also loves ebay, etsy, cottage cheese and generally chatting and bla bla blahing. In fact, getting her to shut up is the real trick. She’s warm and wonderful and after 20 years she still doesn’t understand why Bruce is so surprised she agreed to marry him.

Geoffrey has inherited the Devereaux family gene for bad car driving. Deferred from university for a year to focus on saving money and playing his Xbox. Always said he wanted to be a cop and would probably do well at it because he loves pulling people up when they do something wrong. Then he went off to study at university and move into the next stage of his life – picking up after himself. A heart the size of Tasmania, he still kisses his old man if we cross paths on the street. Graduated with a double degree (Criminology and Psychology), proving I can’t be all dumb if he came out of my loins, and now works for the government in Gladstone. Now living with the lovely Charlotte, who we think would make an excellent mother to our grandchildren -just sayin’.

The sweetest girl in the whole world…..most the time. Mishaela constantly surprises me with how good she is. She says she watched her brother stuffing things up all the time and decided to go a different way. Miss22 suffered from scoliosis until a nice doctor straightened her out with titanium scaffolding, meaning I could no longer call her Quasi. Is now so unacceptably good looking we have a constant line of male suitors banging on our doors. Currently in residing in      Perth. While I named her Mishaela – a beautiful name, I think you’ll agree – she prefers to be known as Mishi. Kids! Recently Miss25 made us grandparents, which we’re really rather thrilled about.

The worrier amongst us, Miss16  shrieks like a Banshee if anyone does something wrong. Miss16 didn’t figure out she could get out of her bed in the morning without us being there until she was 3 and her younger brother, at 18 months, showed her how it was done. Miss16 loves to sing and dance, and often does a song and dance if her younger siblings don’t do as she says. Finds mirrors distracting – if she isn’t out for breakfast in the morning chances are we’ll find her frozen in her bedroom with one leg in her shorts staring at her reflection. She’s all grown up and in grade five. Was struggling with school work until a clever doctor suggested glasses to help her concentrate and she managed to catch up on her reading levels in about six months. Is a clone of her mother right down to her ability to throw herself physically into a laugh if she finds something amusing.

The rogue. The attention seeker. The sweet talker. This little man has always said the funniest things. He’s a shit-stirrer of such glorious proportions that Tracey and I are always trying to claim responsibility for our respective sides of the family.  Master14 also knows how to turn it on for the ladies, and blushing female friends gush as they inform us Master14 has just complemented them on their new hairstyle or dress sense.  Is fiercely competitive with Miss16, which is what we attribute his school marks to. He likes to look over Miss16’s shoulder while she’s doing homework and shout out the answers before she finishes reading the questions, just to show her he can. Only thing stopping him from hoovering up everything in the supermarket is his peanut and seafood allergies. Bizarrely, as we found out a few Easters back, he prefers carrots to chocolate.

As a baby, Miss12 ruled the house with an Iron Dummy. Now she’s all grown up Miss12 fears nothing except….actually she’s an anxious mess, but we’re working on that. As a child, was frequently spotted at day care wiggling her finger at kids twice her size for perceived grievances, usually resulting in those children staring dumbly back down at her, probably because she struggled with an assortment of consonants and they couldn’t understand a word she’d said. As a young girl, her speech has improved but we now suspect hearing problems because she rarely does a thing we say. Recently discovered she on ‘the spectrum’.

The bestest, easiest, chubbiest girl in the whole world – or at least in this house. Miss10 currently weighs half what her Nanny does with no sign of slowing down. Has breathing and asthma difficulties which keep us in regular contact with the local hospital, but is what they call “a fat, happy weazer”, so we’re told not to panic too much. Easy to say, harder to enact. Miss10 is the first kid to really take to her father before the age of one so, while he plays no favourites, he’s considering leaving her everything in the will. Update: as of my Batstache attempt she’s caught up with the rest and now looks dubious if I want a kiss. Oh, joy. I knew it was too good to last.

Miss8 is a climber, although much better at getting up than working out how to get down. She snuck into the house between two vasectomies, the second one being much more successful than the first. So far. We’ve never had a child like this one. She doesn’t listen. At all. Saying her name only makes her run faster in the opposite direction. We wonder if she’s the reincarnation of a great friend of ours. If she is he’s going to be really pissed off he doesn’t have a penis. Likes to throw smiles at mummy, but only gives daddy frowns – she may be our smartest child yet.

Before buying this house I always said ghosts were poppycock. That being said, Hazel has been with us since I first moved into this house in 1995. Footsteps between the kitchen and dining room would freak out our guests. We finally worked out who she was when I woke up one night to find a woman at the end of my bed. Snapping my eyes shut, I woke Tracey and asked if we had any sleeping tablets. The next day Tracey told me about the woman who faded away when I woke her up. We now believe she was Hazel, the mother of a local taxi driver. The photos he showed us look just like her. Despite this, I still claim to be a skeptic, only I’m a lot less vocal about it these days. After all, she might hear.

For a long while there we didn’t have any pets, mainly because we were driving around Australia in a converted school bus with five kids. Master28 stayed in our home and looked after our pets, then our pets and his pets. Eventually he ended up with three cats and two dogs, and when we came back they were a pretty close little group. Winter, for example had been with Master28 longer than us. It felt cruel to seperate them. Plus I hadn’t mown over and then through a cloud of dry dog poo in over a year and was finding I liked that a lot. But then we got new neighbours and suddenly I noticed we had a cat bowl on our balcony and cat food on the shopping list. I did ask my wife about it but she bare-faced, straight out assured me we still didn’t have a cat. Just the responsibility of feeding one, it seems.

I was not a cat person. I professed a dislike of cats at every given opportunity. Tracey, on the other hand, lurves cats, and has been trying to trick me into getting one our entire marriage. Finally, I agreed. More to shock her than anything. And now? I laugh at cat memes and watch videos of cats being cute. It seems I lurve my cat too, but sometimes hate myself. Minion now lives with Master28, but visits occasionally with his adopted dog-brother, Kaylee.

After Jazz (the other dog) left such a huge hole in our hearts we didn’t wait long before we had to go out and fill it with another pooch. It says something about our love for Jazz that we got a puppy almost exactly the same – a beautiful white Samoyed girl. To be honest, she’s a shit of a dog so far, but we’re working on her. Or were, until she went to live with Master28.

Our latest sponsored post – https://wp.me/p35zyV-6Ss  Thank you for supporting our family by checking it out 🙂

want to promote something? 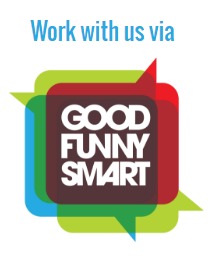 My most popular recent posts